Tips to Successfully Navigate Dining Out

When dealing with people that want to lose weight, by far the most important variable is consistency. Consistency triumphs over anything else, and if you don’t have it, no matter how ideal or optimal your whole plan is, it’s going to fail. In my experience, the thing that often ruins consistency the most for my clients is eating out. They’re following their plan just fine until a social event appears and they can’t track their food. Most of the time, they magically appear much heavier than usual. Of course, some of it is water, but we both know the calories were way higher than what they should be. So here are a few tips to avoid ruining your diet every time you eat out:


1) Abandon the black and white mentality

This is biggest game-changer. This alone is half the article, but with a good reason: it’s by far the most important. When people eat-out and are unable to stick with their usual diet, they have the habit to think they’re off-diet, there’s nothing they can do, right? This is what makes it so problematic, and it’s a stupid way of thinking. It’s a logical fallacy normally referred to as false dilemma. It’s either black or white, one or zero, all or nothing. This is obviously not true, just because you can’t follow your diet perfectly, doesn’t mean you’re “off-diet”. People have a tendency to have this mentally in everything in life, but in the context of dieting, it is especially bad. Let’s consider 2 different people, they both go to a family dinner. One has the off-diet mindset, she doesn’t care how much she eats today. She’s just going to forget she’s dieting for the next few hours and enjoy herself. The other is still aware she’s on the diet and will try not to overeat as best as she can. Let’s say both their maintenance calories are 2400, and they are in a 300 calorie deficit. Person A, who didn’t care about what she’d eat that meal, ended up eating 2500 calories (trust me, it’s not that hard). Person B, despite trying not to over-eat, ends up eating 1500 calories. It’s dinner time, so let’s assume they both ate 2/3 of their usual calories before going out to dinner. Person A had a total of 4100 calories, and person B had a total of 3100. Person A overate 1700 calories in relation to their maintenance, while person B only over-ate 700 calories. To put this in perspective, person A consumed enough calories to counteract the deficit from the previous 6 days vs 2 days from person B. They both went to the dinner, and they both overate, and yet, the outcome in each one was massively different. While one had a setback of almost a week, the other one was a weekend, 3 times as less. There’s no “on” and “off” switch, the more you eat, the more harm you’re going to do. Imagine you just dropped your phone. Do you just say “F*ck it”, pick it up, and smash it against the wall? Of course not, it’s the exact same thing with dieting. 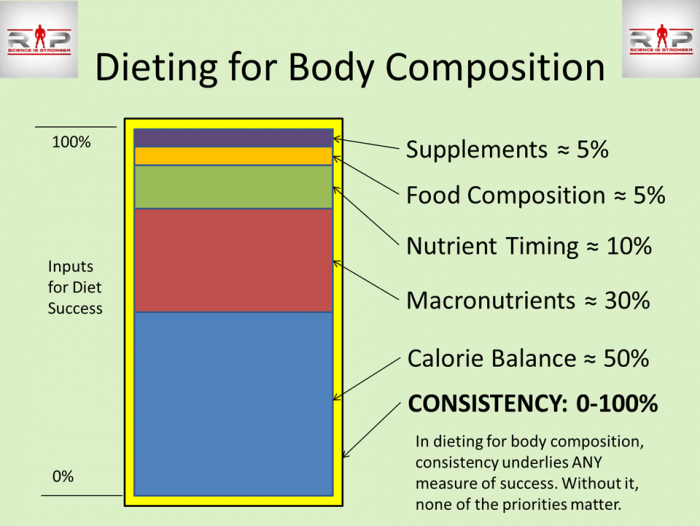 Click the image above if you struggle knowing what to eat, when to eat it, and how much to eat for your customized RP diet template!


2) Eat a large, filling meal prior to the event

Before going to the event, eat a very large meal. Get as full and satiated as possible within reason. The fuller you are going to the event, the less food you’re going to eat. I usually recommend a lean cut of red meat (not a lot, 100g or so), with white potatoes and a lot of veggies. When I mean a lot of veggies, I really mean a lot of them. It’s common sense and general knowledge vegetables are low in calories, but people don’t realize how low some of them can be, you can get a gigantic massive plate full of veggies for under 200 calories. The closest this meal is to the event, the better.

If you know your caloric intake is going to be high for a specific meal, an easy way to off-set it simply cut out the remaining meals, or eat just protein. If you’re used to having several meals spread through the day, this might be a bit hard and you maybe be a bit hungry, but if you manage it, it’s a simple yet effective method.

Try to eat the less caloric and more fulfilling food first. Get your lean protein and veggies in before moving to the other dishes and desserts. Also avoid the appetizers: the bread, cheese, etc while you wait for food to arrive – they’re not going to fill you very much. If you decide to eat them, put on your plate already what you want to eat and stick with that. It’s easy to just keep grabbing and eating more and more food, without realizing how much you have eaten in total. So decide the amount right off the bat and stick with that. Asking for a diet soda while you wait for the main dish will help you to minimize the need to eat.

Drink plenty, both before and while you eat. Water is preferable, but diet soda is fine as well. This will make your stomach fuller without consuming many extra calories, further decreasing the amount of food you’re going to eat.


6) Be conscious and avoid high-calorie foods

This seems obvious, and yet many people fail to do the obvious. If you’re presented with 2 choices, and you know one is lower in calories, go for that one. Just using this alone can easily save you hundreds of calories. A problem with this approach is that in restaurants sometimes it’s hard to know how many calories you’re getting because you don’t know what’s in your food, but do your best.

Just because you’re eating out, doesn’t mean you have to eat until you feel sick. If there’s ice-cream and you want to grab some of it, go ahead, but you don’t need to refill your bowl 3 times. Remember that the food you eat is accumulative. Just eat reasonable portions. One of the problems at social events with food is that people expect you to eat, and if you refuse to you will look weird, sometimes even rude, particularly in a family environment. But this is when people literally refuse to eat anything there’s on the table. If you just eat a bit of it people usually don’t say anything and everyone is happy.


8) Compensate for the extra calories

This is a very powerful tool, and yet very dangerous. You basically eat fewer calories, either prior to the event, after the event, or both, in order to offset the higher calories on a specific day or meal. For example, if you had 1000 calories extra, you eat 500 calories less in the next 2 days. I’ve heard many competitive eaters use this method, and many are surprisingly lean for the insane amount of food they eat.

This has the ability to totally offset the damage you have done but also has a tremendous chance of going wrong. A lot of times when people do this they get into a binge cycle that is hard to recover from. I’ve seen this too many times, both with myself and clients, so avoid doing it often and/or with large compensations. It’s worth a shot if you’re serious about your diet, but if you see it’s hard to move on afterward, accept that it’s just not the right tool for you. Sometimes it’s best to just forget about it and just continue the diet like nothing happened.

Life happens, and sometimes you can’t stick to your plan perfectly, but that doesn’t mean it’s a free-pass to ruin the progress you’ve been working so hard for. It’s possible to have a social life and still achieve your body composition goals, you just have to be smart about it!

If you've ever struggled with any type of Eating Disorder, #8 is not for you and you should always consult your Medical Doctor to seek advice before beginning any diet program.